One foot in the…

Having recently become a dog owner, I find myself spending more and more time pounding circuits of the village and Beacon Hill Nature Reserve along with Mrs B and Monty (the ‘cockapoo’). Not wishing to sound in any way self righteous or ‘Meldrewish’, but to-date we have been conscientious about clearing up our puppy’s deposits. Every pocket of every jacket and pair of trousers I own now seem to contain
those little black bags – empty I hasten to add!

Maybe it’s an age thing, but I find myself increasingly offended by those that are oblivious to their own dogs’ bowel movements and worse, those who pick up the poo and feel it’s OK, perhaps because they’re ‘off piste’ to throw the bag in the bushes – ‘strange fruit’ indeed. Of course the vast majority do the decent thing, but treading in doggy do is still an ever present danger which can so easily spoil a pleasant stroll. How we laughed at the scene in The Royle Family where ‘Barb’ holds an inverted trainer under the kitchen tap whilst scraping the tread with a table knife – we’ve all done it – Yuk! 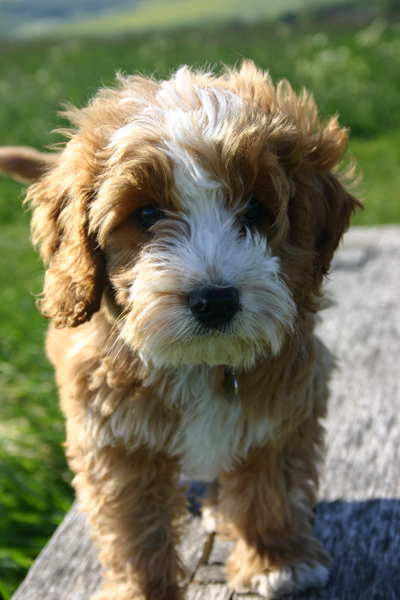 Likewise, litter bugs the hell out of me, particularly along the ‘parking’ side of Greenways, where judging by the proliferation of fast food packaging it is evidently selfish/ignorant motorists, not content with filling their bodies with rubbish, that eject their detritus despite being only a few yards from a bin. And don’t get me started on people who drop lolly wrappers and drinks cans on the beach! We try to pickup as much as possible when out walking. Monty recently presented us with a soiled nappy – What a good boy!

Despite the old cliché about ‘pride’, in my book it’s no bad thing – particularly ‘civic pride’ – the french do it so well – drive through any village in Normandy – flowers everywhere and not a scrap of litter. There are many areas of our fair city far, far worse than Ovingdean in term of litter and dog waste. But if you are one of the tiny minority of dog walkers who don’t scoop, please think again about the consequences of your laziness – potentially a child blinded by Toxocariasis. If we all took pride in our village and picked up that odd fag packet or plastic bottle, then perhaps we might shame those who do drop litter into thinking twice – studies show that people are more likely to drop litter where there is already a proliferation.

Echoing our Chairman’s sentiment, we are fortunate indeed in living where we do. I can heartily recommend dog ownership with the ensuing benefits of regular exercise and enjoyment of the beautiful scenery on your doorstep.

See you on the hill…